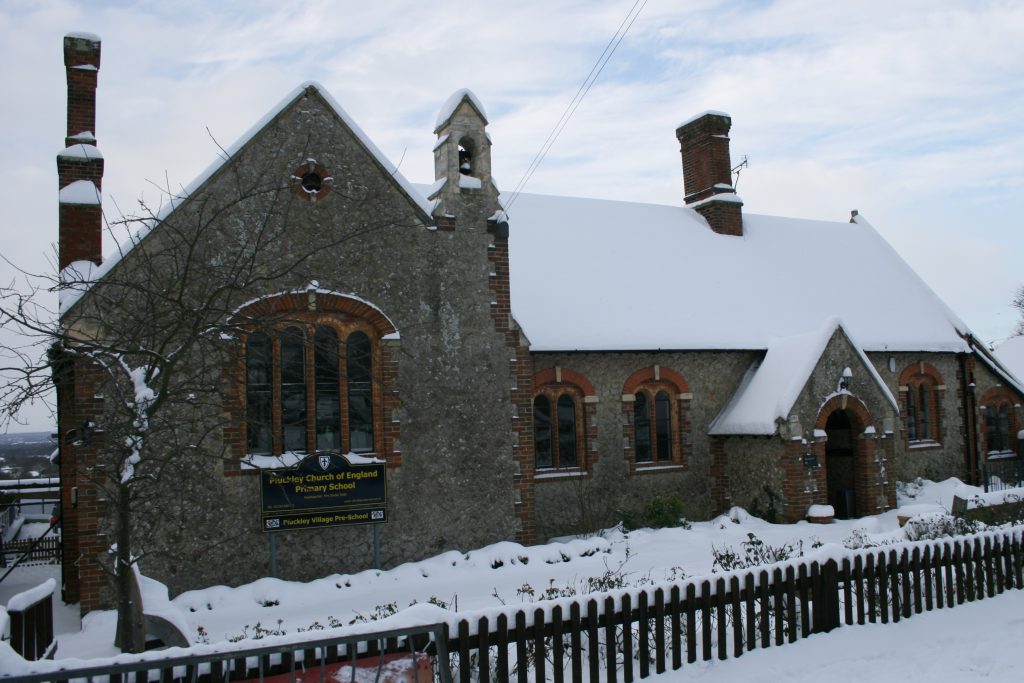 Records indicate that there was a school established in Pluckley in the mid 18th century. Opinions vary as to its location. Some say it was in an unheated room in the Rectory, others in the house adjoining what is now the butcher’s shop – maybe at various times it was both.

The school was established in its present location in 1850 when Sir Edward Dering gave a parcel of land to the rector and churchwardens and it now forms part of the village square and the front building is a charming Victorian structure. It was decided in 1994 that the school with the support of the community should embark upon an ambitious fund-raising campaign to build permanent classrooms to replace the mobiles and assorted outbuildings. Over £90,000 was raised and the school was awarded New Deals for Schools money from the Government and Kent County Council. In February 2004 new office accommodation and three new classrooms were officially opened by HRH Duke of York.