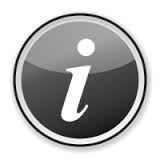 For some time, we have been debating the application at the Brickworks. Your Parish Council has been in discussion with the developer and with Ashford Borough Council to try to find an acceptable way forward.

All along, the aim has been to follow the consensus reached during the Neighbourhood Plan consultation i.e. to accept that housing is a better solution than industry, but that the number of houses should be contained as far as possible; and to protect the ecology of the area.

A potential solution has now been reached and we await the paperwork confirming.

The Brickworks holding covers four main areas of land. The solution affects them as follows:

i.The original works site will have the twenty-five houses already approved and supported in the Pluckley Neighbourhood Plan. The developer now has the necessary certificates from the Environment Agency enabling him to carry out a deep-clean of the site. The soil currently piled in the front field is to replace that removed from the back site during the clean. The approach road has been started and the site is now formally active.

ii.The application on the field in front of the site, on Station Road, will be reduced to five houses rather than seven, plus one further house where an office was applied for. The office will not be developed. The remainder of this field toward the railway line will be subject to a covenant granted to the Parish Council, precluding any further development without the PC’s approval. It is the intention of the PC to designate this area a Local Green Space and the developer has agreed to this. Tree Preservation Orders have also now been served on the six oak trees here.

The houses on this site are to be re-designed to be more in keeping with the area, and a fresh application with redrawn plans and the reduced numbers has now been submitted.

iii.The field to the north of the site, off Chambers Green Road – the developer will transfer ownership to the Parish Council who will create a Nature Reserve here.

We believe this outcome is the best the parish could have obtained: the number of houses has been contained; the fear of further development is removed; and the community acquires the amenities of a Nature Reserve and a Local Green Space.